As announced in our January newsletter – Has the plane landed? we are addressing issues surrounding IFRS 16 Leasing in a short newsletter series. In this newsletter, we focus on the scope of application of IFRS 16.

The scope of the standard is initially set out in concise form by way of a list of scope exceptions in IFRS 16.3 and 16.4 (please briefly read). The definition of a lease is provided in the list of defined terms in Appendix A to IFRS 16. This states that a lease is “a contract, or part of a contract, that conveys the right to use an asset (the underlying asset) for a period of time in exchange for consideration.” By this definition, there is expressly no need for language such as ‘lease’, ‘lease contract’ or similar. Accordingly, all ‘rentals’ likewise normally come under this standard, so in case of doubt, the standard (initially) has a very broad scope.

Exemptions and practical expedients can be found in IFRS 16.5-8 in conjunction with B3-B8. Under these, a lessor may (optionally) decide not to apply the lease accounting rules in IFRS 16.22-49, which in the final analysis are complex and costly to apply, to short-term leases and/or to leases of low-value assets.

With regard to when a lease is a short-term lease, please read the definition in Appendix A to IFRS 16. … As you may already have guessed, it is a lease that has a lease term of 12 months or less, where the lease term is determined in accordance with certain principles which we will describe in a later newsletter.

Leases of low-value assets are described in much greater detail in IFRS 16.B3-B8 (please read). Tablet and personal computers, small items of office furniture and telephones are listed as examples in IFRS 16.B8. You will not find an explicit maximum monetary amount for a low-value asset in the standard itself. However, such an amount is referred to in IFRS 16.BC100 as US$ 5.000. The express wording in the Basis for Conclusions is as follows: “At the time of reaching decisions about the exemption in 2015, the IASB had in mind leases of underlying assets with a value, when new, in the order of magnitude of US$ 5.000 or less.” The decisive figure for assessment of the monetary amount is therefore the value of the asset when new (as is also expressly stated in IFRS 16.B3 and B6).

If the lessee elects to use one of these exemptions, under IFRS 16.6 the lessee must recognise the lease payments associated with the leases concerned as an expense, either on a straight-line basis over the lease term or on another systematic basis if that basis is more representative of the pattern of the lessee’s benefit.

The election is made in accordance with IFRS 16.8 (please read). Interestingly, this stipulates that the decision to make an election for leases of low-value assets can be made on a lease-by-lease basis, and thus in abandonment of the consistency principle.

Should you ever lose track of the big picture, my colleagues and I will be happy to help and guide you safely through the IFRS accounting jungle. Contact me by email at carsten.ernst@wirtschaftstreuhand.de 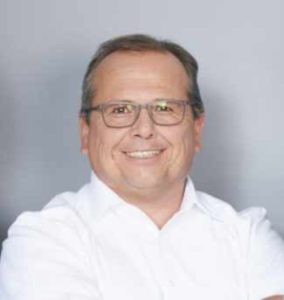